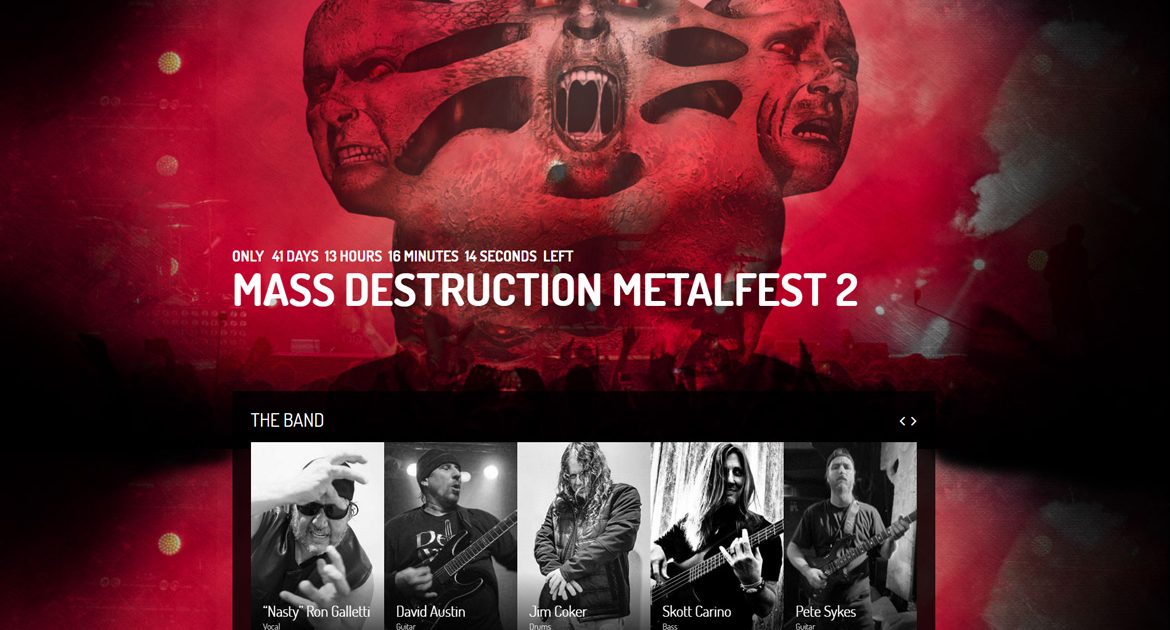 Nasty Savage is a thrash metal band originating from Brandon, Florida, USA. The band rose to popularity primarily due to lead vocalist “Nasty” Ronnie Galetti’s over-the-top stage show performances (in early shows Ronnie would smash television sets over his head) and the band’s relentless efforts to keep its music as uncommon as possible. The second album featuring the hit single “XXX” was recorded at Progressive Music in Tampa. These recordings helped get the band signed with heavy metal label Metal Blade Records. After releasing four albums between 1985 and 1989 they broke up. After there had been speculation about a reunion for some time, an album of new material was released in the spring of 2004.